WATCH: Which city do the highest paid expatriates live in?

DURBAN - In a survey done by HSBC Bank International Ltd, it shows that the highest paid expatriates live in Mumbai, as it is the financial, commercial and entertainment capital of India.

Foreigners who have moved to the city have reported average yearly earnings of $217165.

That is more than twice the global expat average of $99903, the survey shows.

Dean Blackburn, who is the head of HSBC Expat said, "Mumbai has the highest percentage of expats sent by their employer, these expats often benefit from relocation packages which goes some way in explaining the higher salaries expats enjoy in the city".

He also noted that high employment and experience levels among expatriates and the big stake of engineers moving from German and other infrastructure companies as reasons for Mumbai being on top. 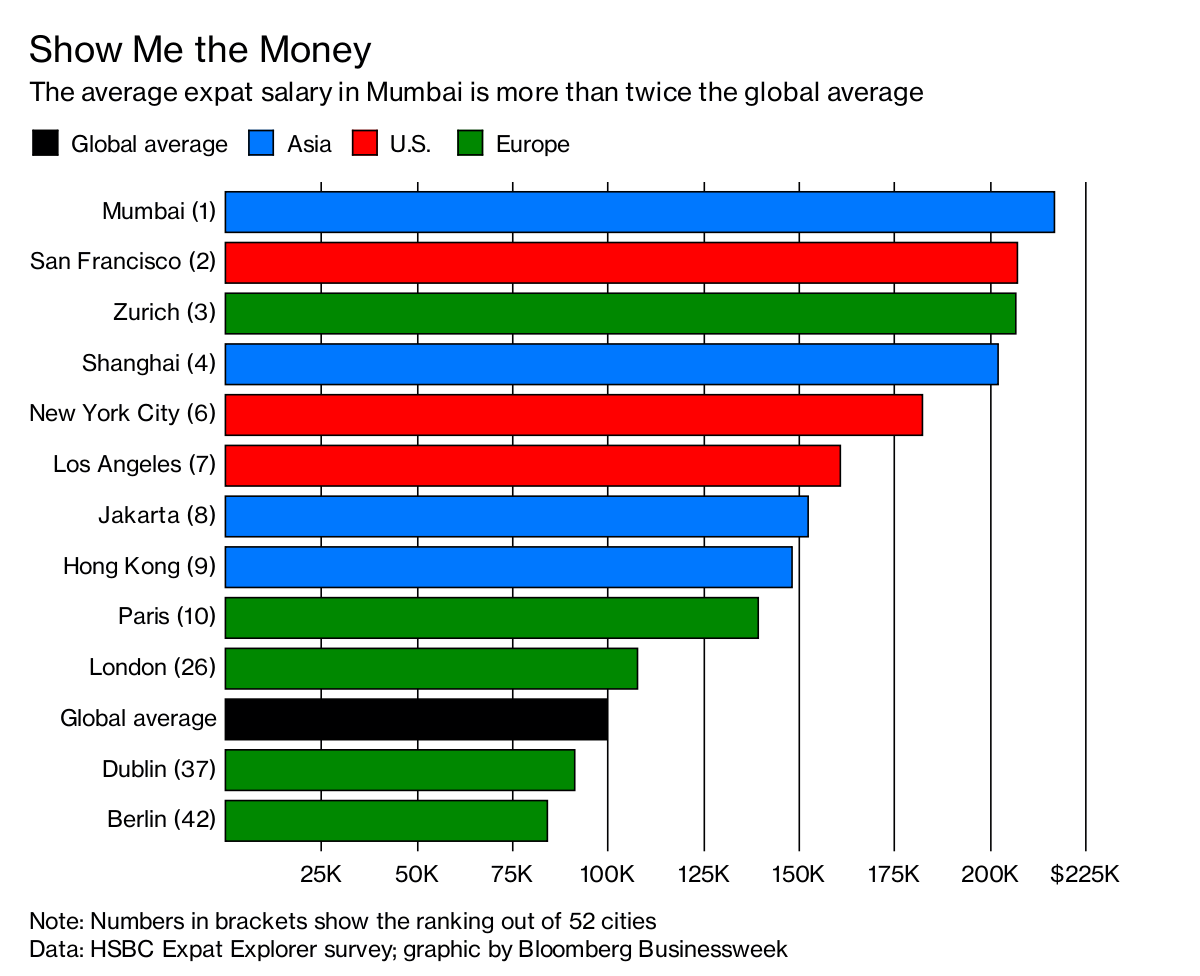 According to Blackburn, the US and UK financial and technology hubs are the most appealing for expats who are ambitious and eager to push their career to the next level.

The top five attractive cities for job opportunities in the UK and the US are:

European tech centre, Dublin, was ranked in the top 5 for job opportunities. However, the city was below the global average in expat salaries. Nonetheless, 61% of expatriates living in Ireland's capital reported an improved work-life balance.

Switzerland, the nation that earlier topped the country ratings for expatriate salaries, had two cities in the top 5. Zurich is home to banks like Credit Suisse Group AG and the UBS Group AG and tech hub companies including ABC Inc., ranked in third highest for expat salaries.

Geneva the base of some of the world's largest commodities traders including the Trafigura Group and the Mercuria Group was rated in fifth place. Despite the high living costs in Switzerland, the country's high salaries and low personal tax rates saw 77% of expats in Zurich report that their dispensable income had increased since relocating.

More than half of Zurich expats reported that they are living in a better dwelling than they did at home even with the city's expensive rental and property markets.

While European cities Berlin and Prague ranked toward the bottom of HSBC' s list of 52, most of the expats in those cities said the cost of living is affordable.


ALSO READ: AfriBusiness will not accept land expropriation without compensation